The historic center of Mattinata

Mattinata is one of the smallest inhabited centers of the Gargano, it is located at 78 m asl on a hill on the edge of a wide plain planted with olive trees. The village, whose rural origins date back to the 18th century, has a checkerboard layout. The urban agglomeration lacks historically and architecturally relevant artefacts.

Palaces of some importance, more for their size than for their architecture, are: the Mantuano palace in the Iunno district, the poorest in the town; the Barretta palace , currently the Town Hall and the parish church. The Mantuano palace is the oldest of all, dating back to 1840. It consists of a mezzanine floor, a basement and a basement.

Very characteristic are the portal, a chimney, some windows and a small balcony overlooking the plain and the sea. Mattinata had a certain importance in Roman times (Matinum), when ships loaded with oil and wine departed from its port. The remains of a villa discovered near the marina date back to that time, but the place was already inhabited in much more remote times, as evidenced by the traces of a Bronze Age settlement discovered near Monte Saraceno. 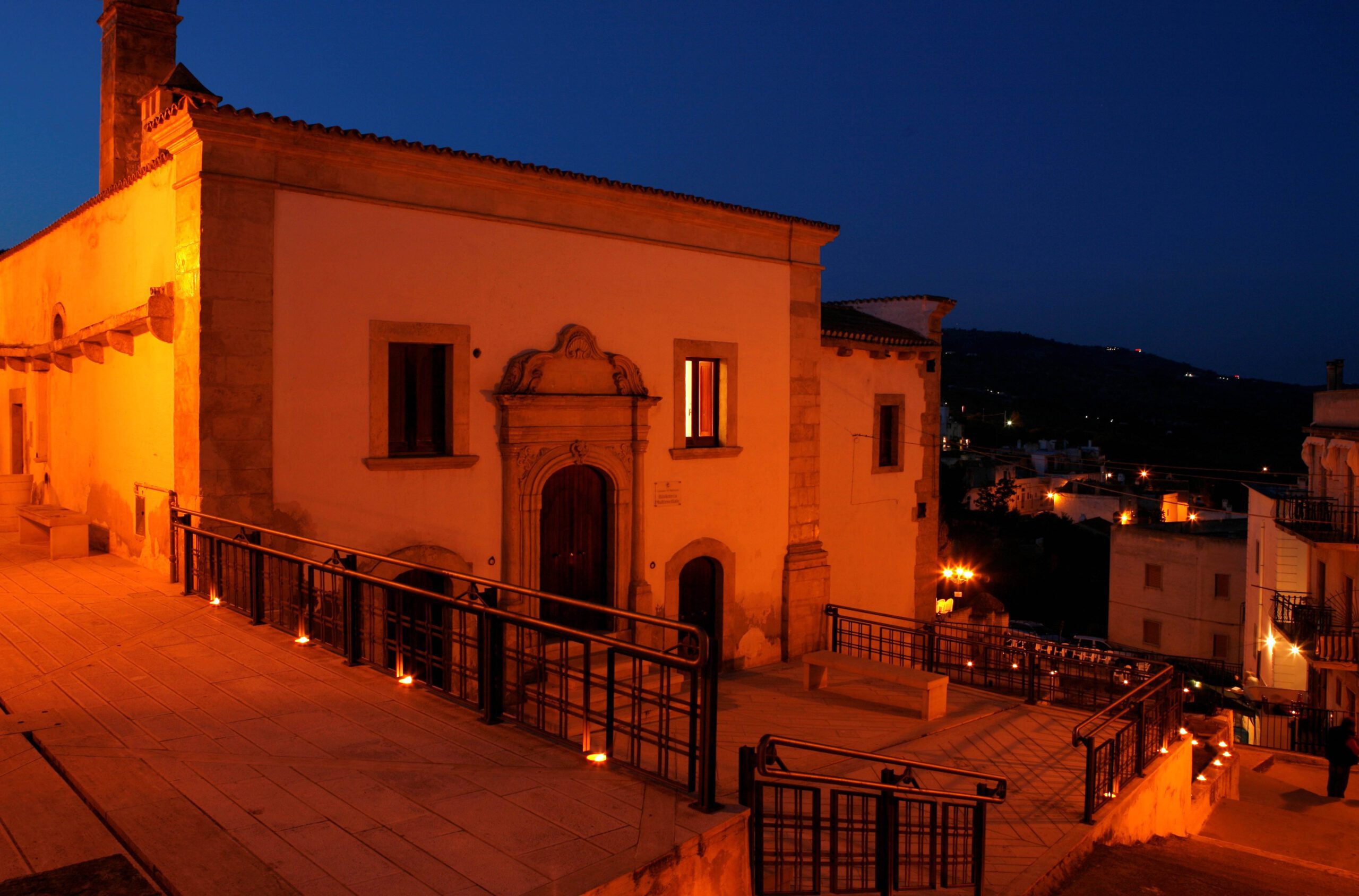 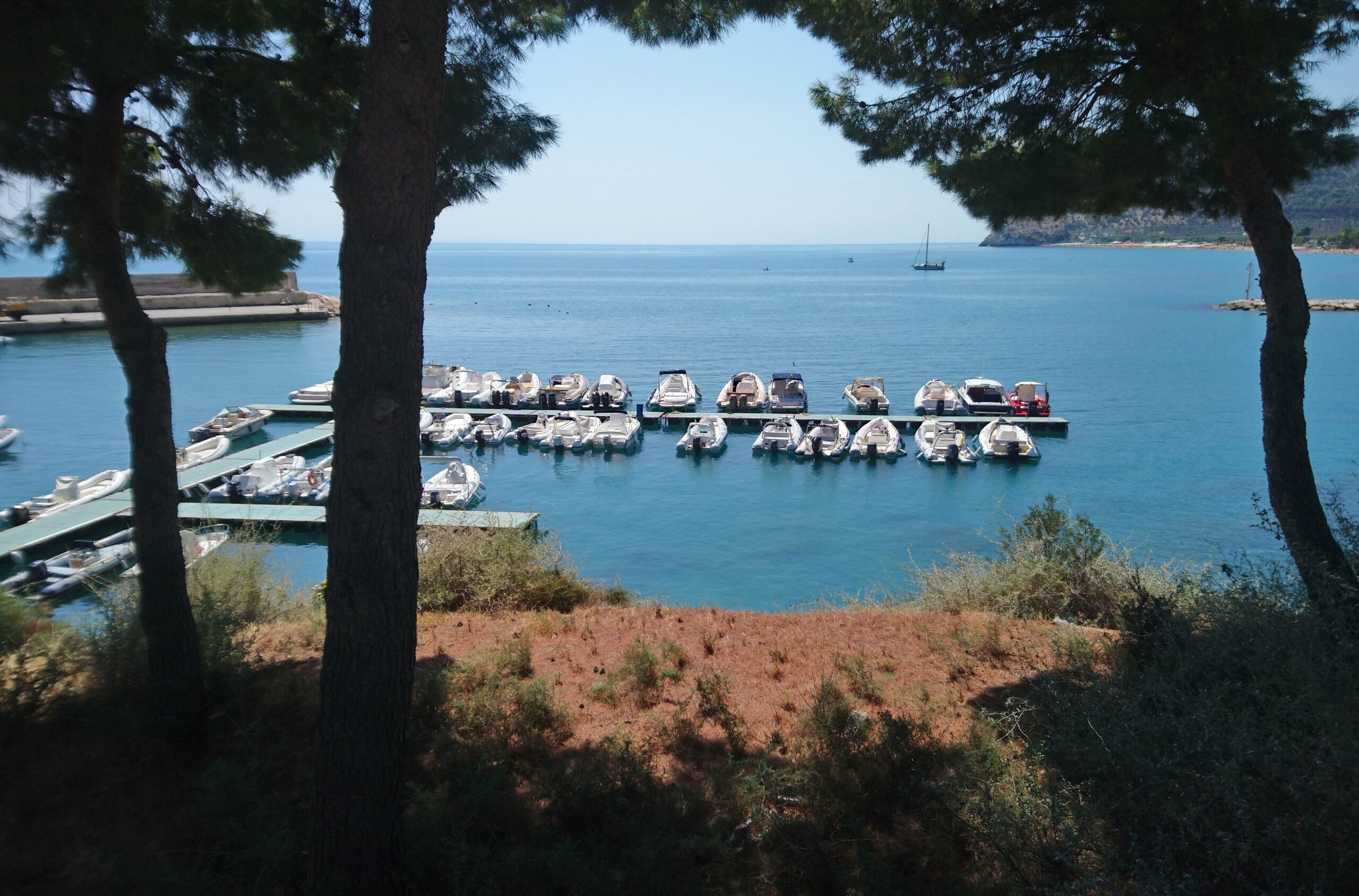 The first evidence of the presence of a small port dates back to the Roman period. In fact, the remains of a Roman villa (Villa Agnuli), discovered near the marina, date back to that period. From the small port of Matinum, ships loaded with oil and wine left for the great cities of the empire. The old port was located where today the small tourist port of Mattinata is located.

Of the ancient Villa Agnuli, only the oil production and service sectors visible at the small port of Mattinata are known. Its construction dates back to the second half of the 1st century BC, and was abandoned in the following to be restored between the end of the 3rd and the beginning of the 4th century AD.

Vieste is commonly defined “the pearl of the Gargano”. Discover the villages in Vieste Puglia and on the Gargano for beautiful holidays by the sea. The historic center of Vieste, commonly called “Vieste Vecchia”, stands compactly on a rock overlooking the sea that extends from the beach of the castle to that of the “marina piccola”, crossing the thin strip of land of ” Punta San Francesco “.

Located very close to Vieste, is the famous Pizzomunno beach, also known as Scialara beach. It is characterized by golden sand and a 25 meter high limestone spur which is now considered the symbol of the city.

The ancient village, of medieval origin, has kept its original characters almost intact, with its characteristic irregular alleys, the squares / belvedere (open to the sea view) and the terraced houses marked in the façade by small balconies / balconies (mignali) and joined in correspondence of the streets by small and characteristic arches.

Inside the ancient city walls, the architectural fabric becomes very dense and marked by a maze of alleys, partly stepped. The palaces, churches and small residential building types appear compact and massive, almost to seem like a single constructed episode.

What to see in Vieste? 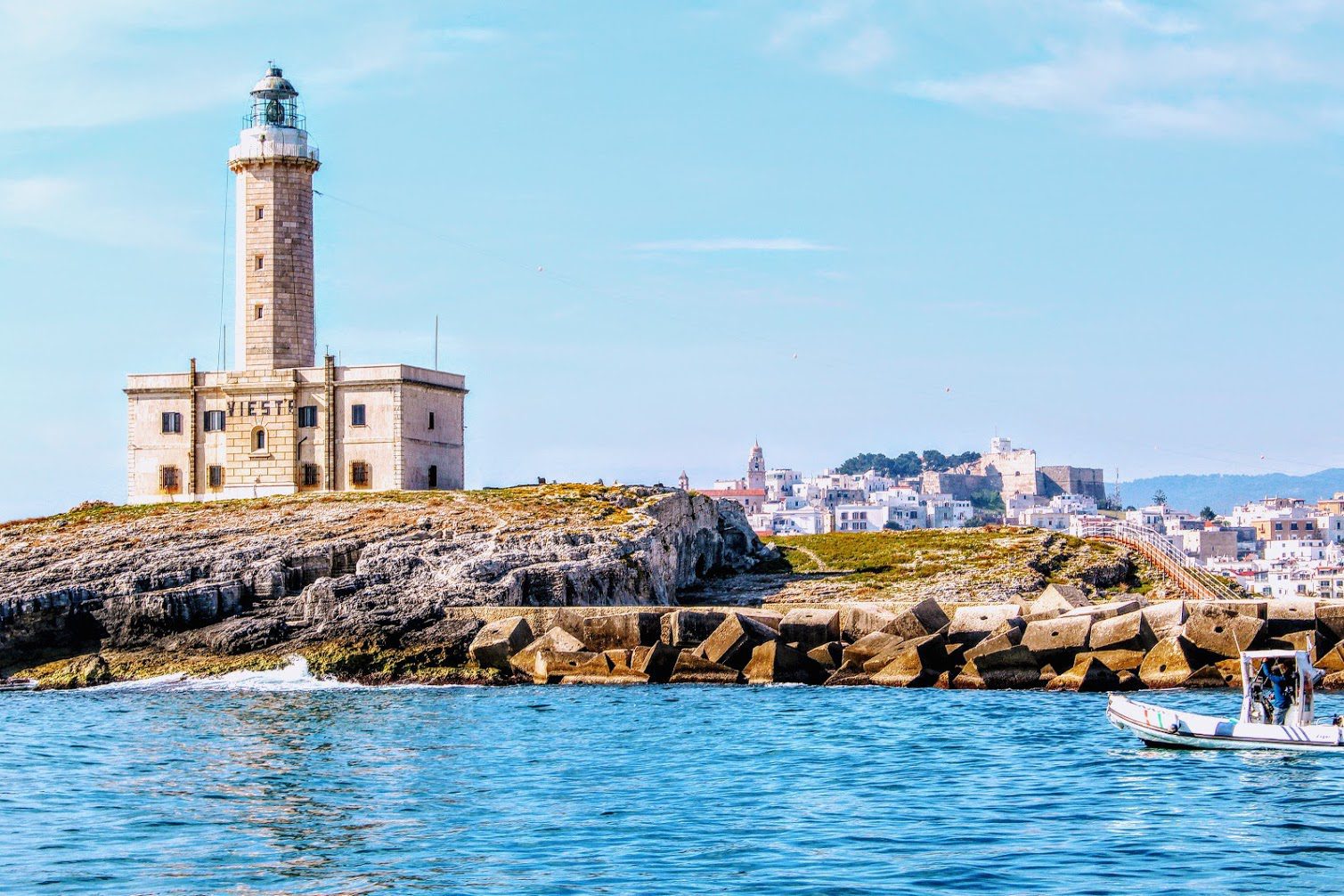 THE lighthouse of Vieste 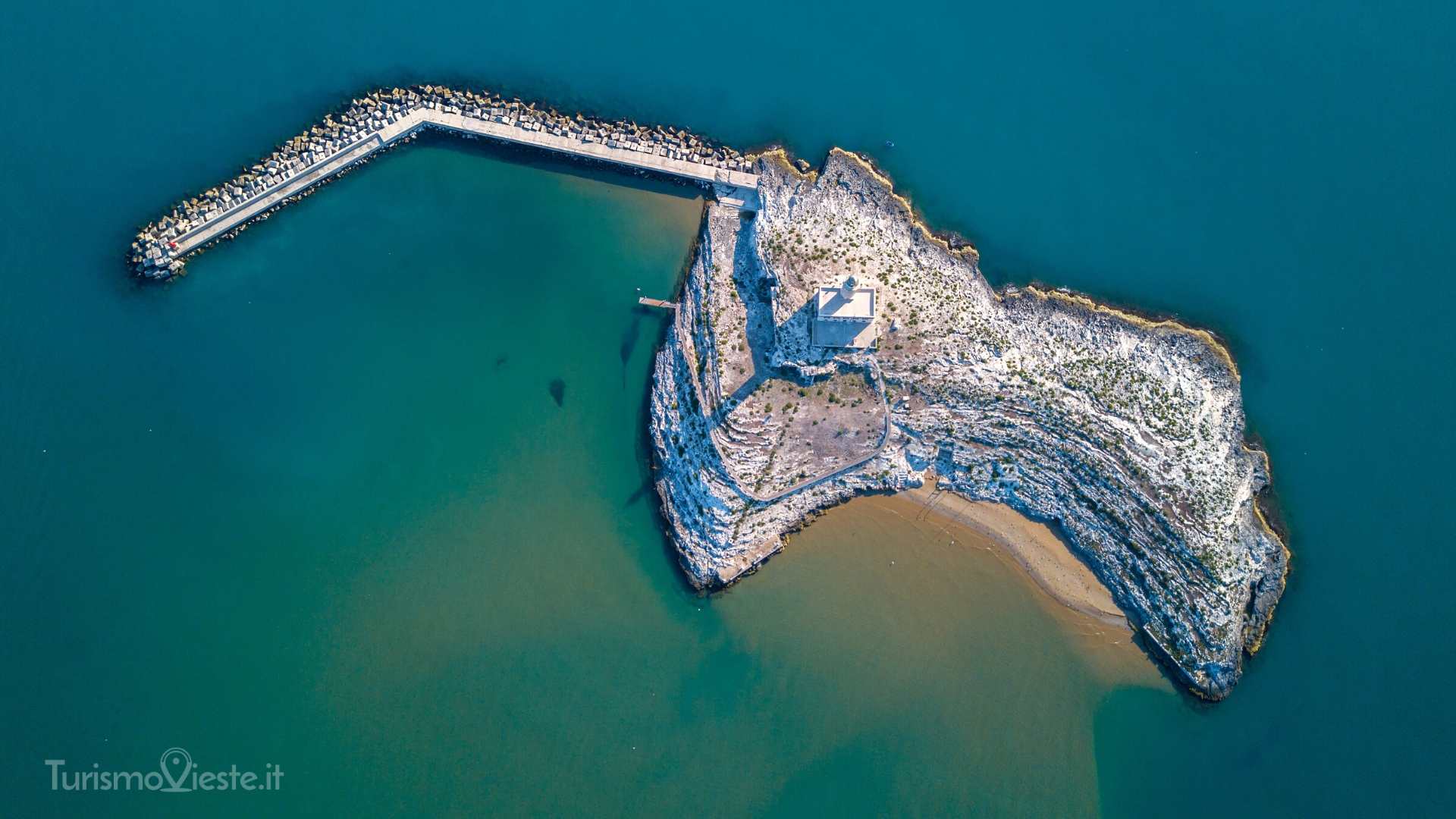 Vieste is one of the gems of the Gargano, awarded the blue flag several times for the clarity of the waters that lap its coast.

The Vieste lighthouse , which can be admired from most of the city, stands on the islet of Santa Eufemia (or more precisely Santa Eugenia), located between Punta Santa Croce and Punta San Francesco, closing the bay of Marina Piccola .

Its position is strategic for the navigation routes between the middle and lower Adriatic. It was designed in 1867 and the tower on which the lantern is located is located on the old house of the lighthouse keeper, which today, thanks to complete automation, is uninhabited.

Above the lighthouse tower you can admire a spectacular brass lantern, which lights up every day at dusk and illuminates the town of Vieste with its beams of light. The lighthouse is completely controlled and managed by the Lighthouse Area Command of the Navy based in Venice.

The sea caves of Vieste

There are about twenty sea caves. There coast of the Gargano , in particular the stretch that goes from Vieste to Mattinata is one of the most evocative landscapes of Puglia: high white cliffs overlooking the sea, with pines, brooms and rock roses that stretch out over the blue waters alternate with small coves and spread out of white gravel reachable only by sea.

The Sea Caves of Vieste can only be reached by sea, several tours are organized during the summer season and allow you to discover a spectacular landscape.In the summer season the tour of the caves is organized by motorboat from Motobarca Desirèe departing from the port of Vieste both in the morning and in the afternoon, where you can also admire from the sea the bay of San Felice with the famous “Architiello”, the bay of Campi, the stacks of Baia delle Zagare and the beaches of Porto Greco, Vignanotica and Pugnochiuso. Tickets are also available online at grottemarinegargano.com .

The Sea Caves of Vieste and Gargano for their beauty and their shape have inspired the old fishermen with the most unusual and curious names. 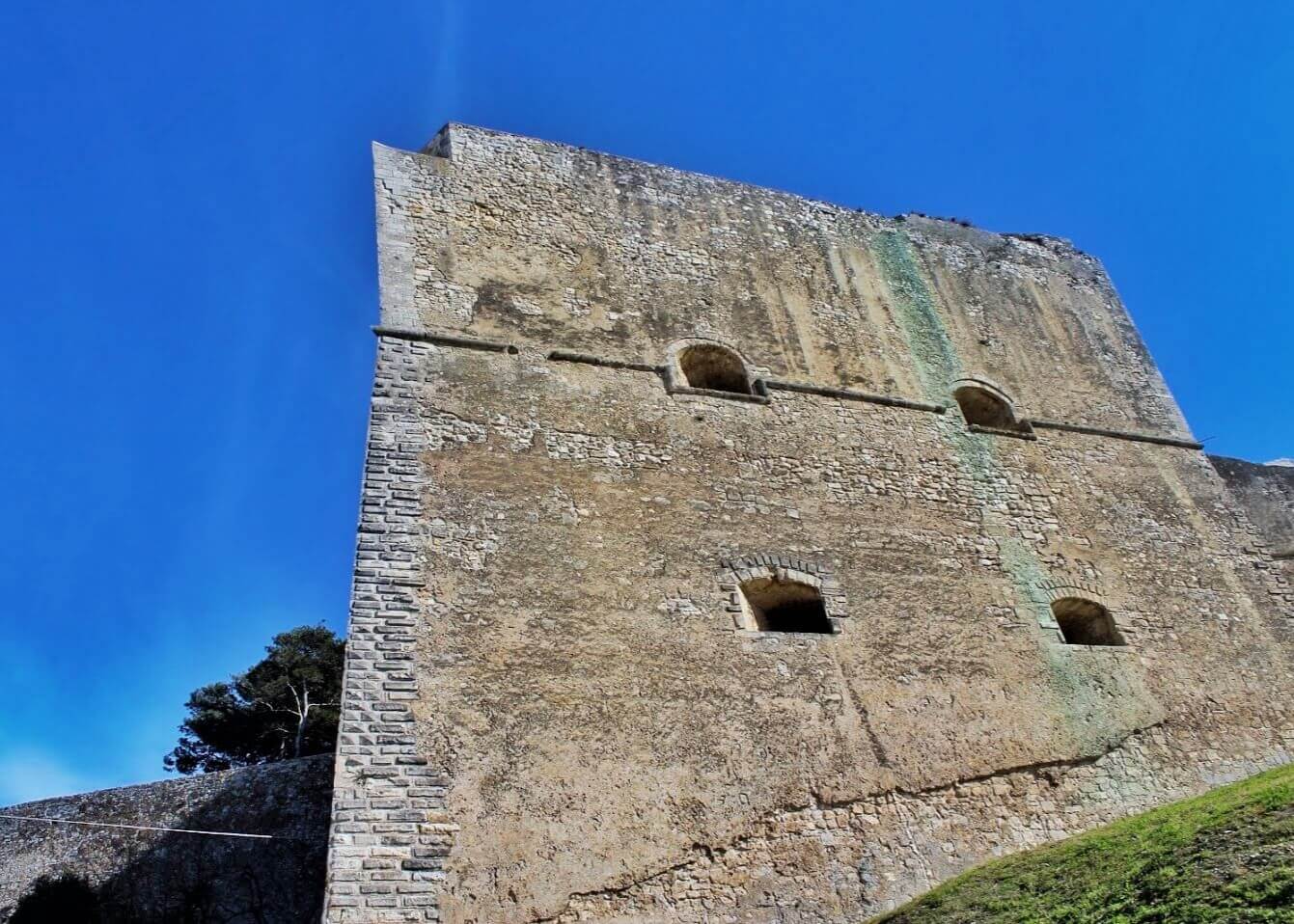 The Swabian Castle in Vieste

The Swabian Castle dominates Vieste and the entire coast from above . The property is located on the edge of the historic center on a cliff overlooking the sea overlooking the beach, called the “beach of the Castle”.
Today it is a military area and therefore it is not always possible to visit it, it is only open on the occasion of some events.