Composed of two adjoining beaches, divided by a rock spike of 100 m, both composed of gravel. The beach on the north side (280 m) is completely unspoiled and is not accessible from the ground. It is a destination for those who want to devote themselves to underwater fishing; the name of the place Fountain of the Roses it is due to the presence of a source of fresh water called "Acqua delle Rose".

The west-facing beach (580m) is surrounded by cliffs but is well served by accommodation facilities. 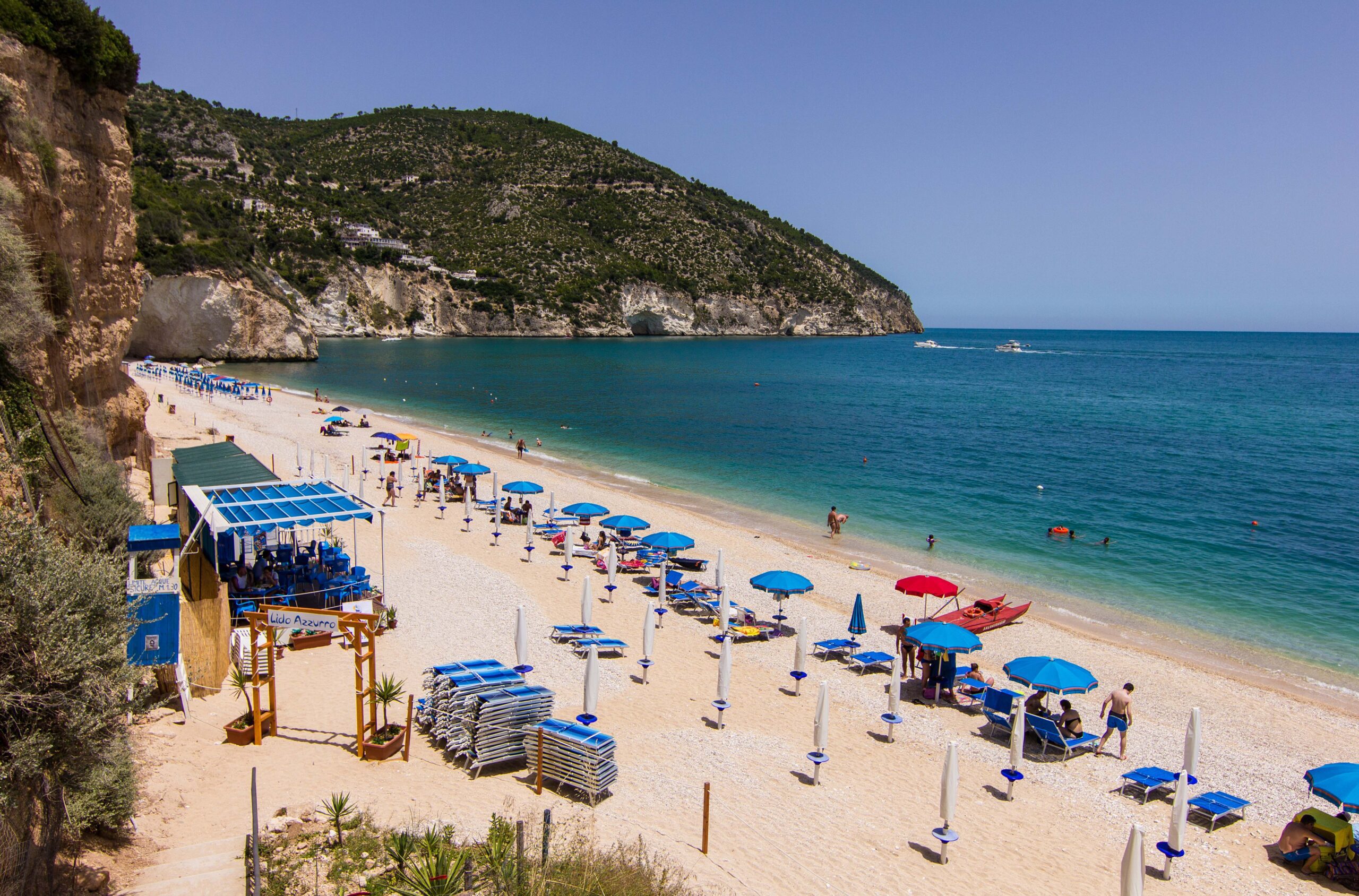 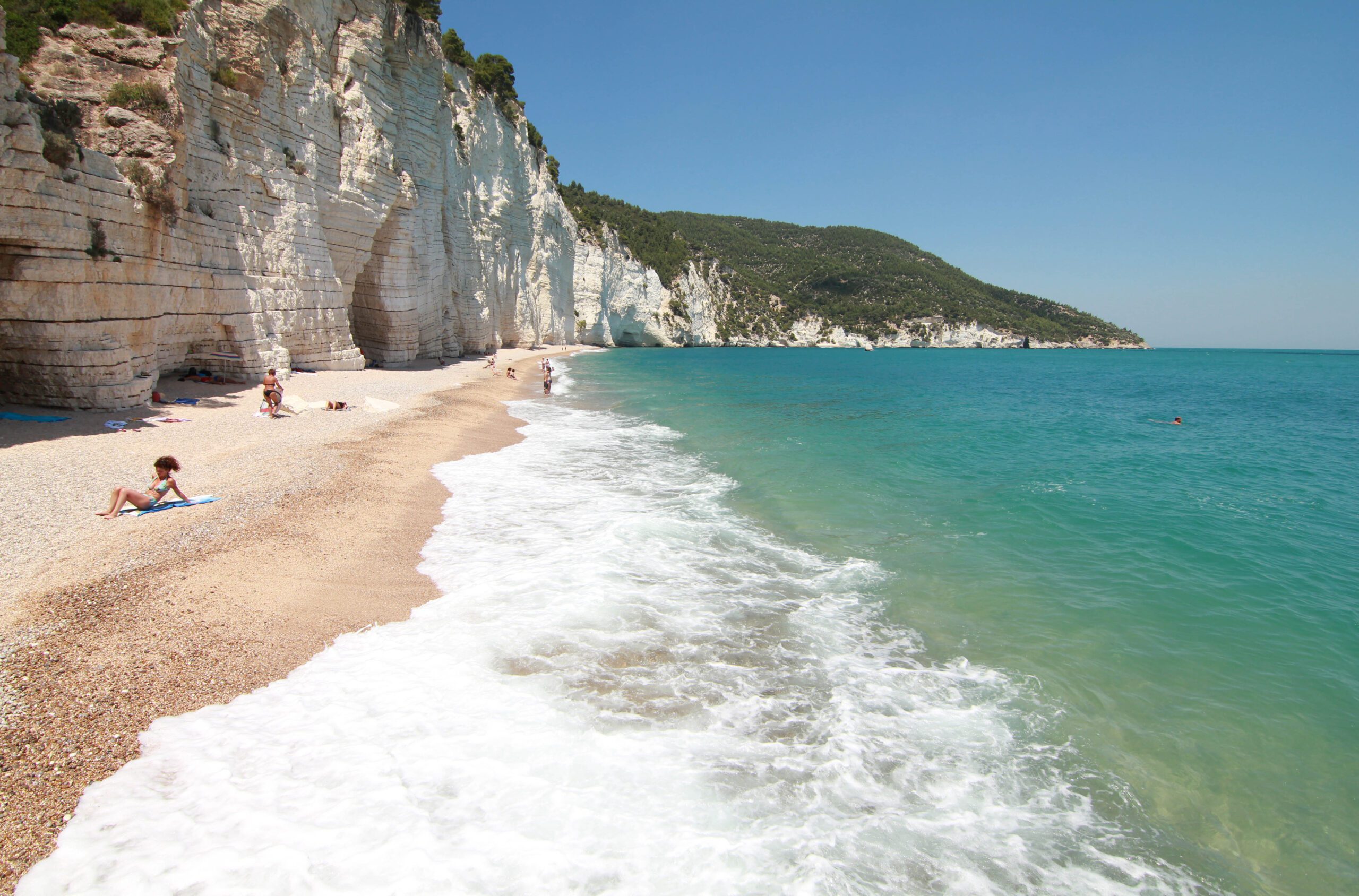 Nestled between the wildlife reserve of Santa Tecla and the natural forest reserve of Monte Barone, Vignanotica is one of the most beautiful beaches of the Gargano.
Partly free and partly equipped with refreshment points, cafes and establishments where you can rent umbrellas and deck chairs, the beach is an expanse of pebbles is gravel immersed in a breathtaking scenery characterized by high cliffs in white limestone overlooking the sea.
Vignanotica can be reached along a winding road that winds for about 3 kilometers into the uncontaminated and wild nature.

Also known as Mergoli Bay, is undoubtedly one of the best known bathing sites of the whole promontory. It owes its name to the presence of blackbirds and sparrows, guests of the valley and cliffs; instead the term Zagare derives from the name of the flower of the orange groves that grow in the area.
Presents three beaches, facing east and shaded in the late afternoon, separated, the two longest, by a rocky ledge. The third, further north, is 60m long and can only be reached from the sea.
The bay is surrounded by high cliffs, engraved by white limestone cliffs, which surround two spectacular stacks called "Arch of Diomedes" is "Scissors”, Emerging a few meters from the shore. 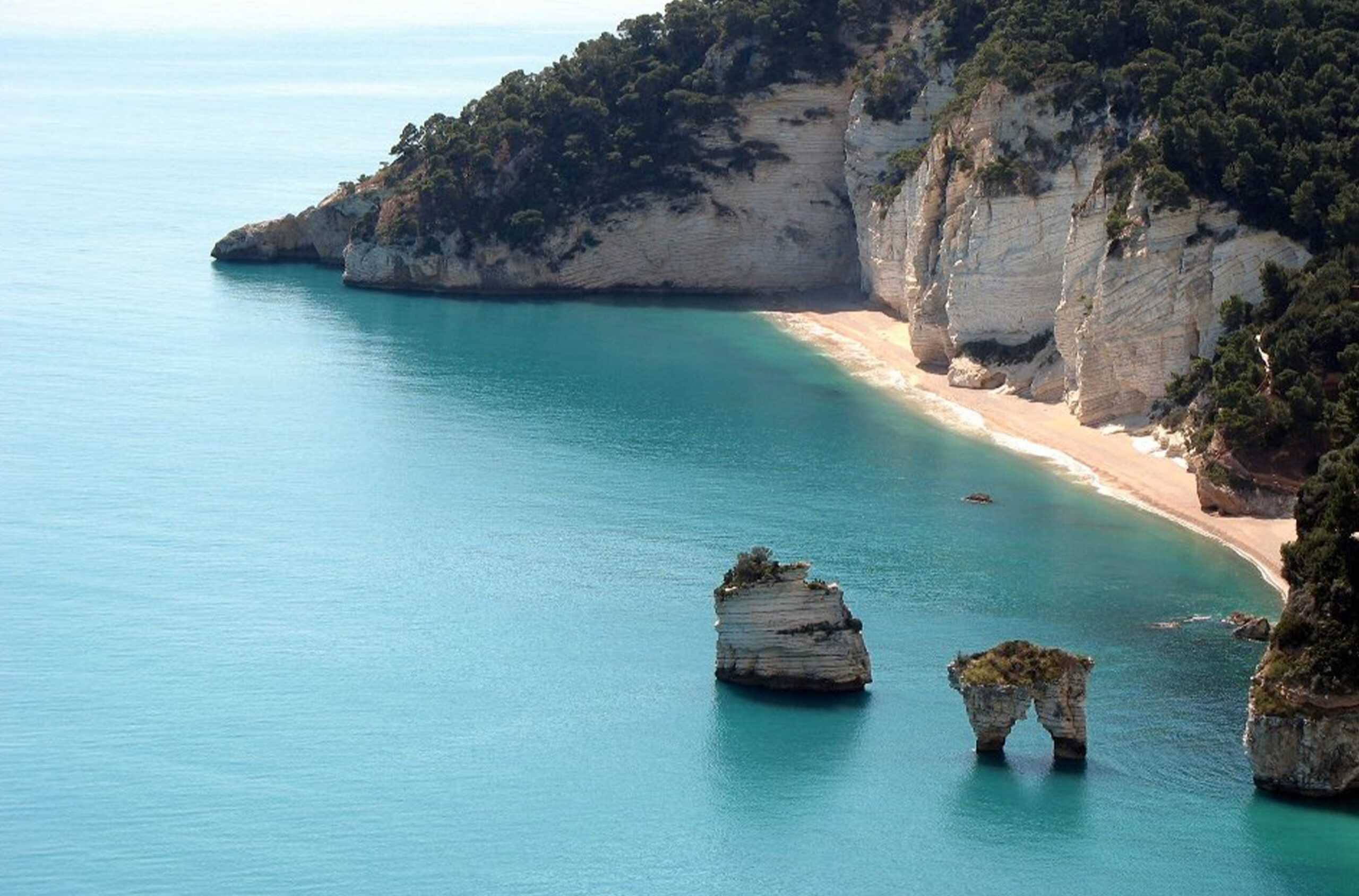